We lend a hand to those structuring businesses or corporations. As a passionate consulting firm, we help with business strategies and legal issues. Our personalized approach has earned us top referrals. We go above and beyond when working for our clients, and use all our experience and connections to support client causes.

Our team takes on a whole host of issues from different sectors. We offer a complete advocate program to the clients we represent. We provide advocacy services for government contracts, municipality, homeowner and condo associations, developers, contractors, and other professionals.

We coordinate legislative efforts with state, local, and federal governments as well as with the media. Our team uses many different avenues on each issue and explores all available channels on our clients' behalf.

We work on behalf of developers to expedite permitting, zoning, planning and design approvals for new and existing construction, as well as waiver approvals.

Proud to Work on your behalf

years of experience.
the right time devoted to your issues.

Marten Advisory Group is a leading name in public affairs consulting and lobbying services. We service a diverse lineup of clients on the local, State, and National levels.

As our business is centered on building relationships, we are patient, honest, and personable with all our clients. Our personalized approach has earned us top referrals. We go above and beyond when lobbying for our clients, and use all our experience and connections to support their cause.

We offer flexible agreements to meet the needs of our clients and their projects.

A strong supporter of our veterans and their families, she is involved in fundraising for the Wounded Warriors Family Support, and serves on the board and as the Fund Raising Director for Scarlet & Gold. Another of her prime directives is helping underprivileged children through MiamiKids Funtime. 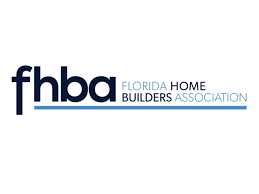 MARTEN ADVISORY GROUP SENIOR ADVISOR;
FORMER ASSISTANT SECRETARY OF THE ARMY ACQUISITION, LOGISTICS AND TECHNOLOGY (ACTING) AND FORMER ARMY ACQUISITION EXECUTIVE
Dean served two Administrations as the Acting Assistant Secretary of the Army for Acquisition, Logistics and Technology (ALT) and the Army Acquistion Executive (AAE). He served in the Department of the Army as a political appointee from 2004 to 2010. He officially retired from governemnt in April 2010 after his successor was confirmed by the United States Senate.
Read more

PRESIDENT, LOCKWOOD DEVELOPMENT PARTNERS
Charles Everhardt, President of Lockwood Development Parnters, has been active in many aspects of real estate, brokerage, development, construction, lending, banking, and purchasing of distressed assets for over two and half decades.
Read more

Are you ready to move forward?